Every month numerous filmmakers release their latest productions in theatres all over the world. Here are the titles that will be played in the cinemas across the United Kingdom. 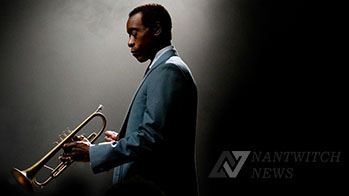 Miles Ahead is an American biotopic which is based on the life of the legendary jazz Musician Miles Davis. The film takes its title from Davis’s highly successful eponymous album from 1957. The screenplay was written by Steven Baigelman and Don Cheadle who also produces the movie and portrays the role of Miles Davis. The film also stars Scottish actor Ewan Gordon McGregor and American actress Emayatzy Corinealdi. Miles Ahead will make it international debut on April the 1st and is undoubtedly a production that you will want to see as soon as possible.

Known in the English speaking world as Standing Tall, La Tête Haute is a French drama which has been directed by the highly acclaimed French film director, actress and screenwriter, Emmanuelle Bercot and produced by François Kraus and Denis Pineau-Valencienne. The film focused on the life of Malony a young delinquent who starts to come of age. It stars Catherine Deneuve, Diane Rouxel, Sara Forestier, Benoît Magimel whose performance brought him the César Award for Best Supporting Actor and Rod Paradot in the main role of Malony who won the César Award for Most Promising Actor and the Lumières Award for Most Promising Actor. Standing Tall has been described by numerous critics to be one of the finest European movies to have been made in the current decade.

Starring Jake Gyllenhall, Naomi Watts, Judah Lewis and Chris Cooper, Demolition tells the story of Davis Mitchell a highly successful investment banker who tragically loses his spouse in a car accident and his struggles to cope with the death of his wife. The film is directed by Canadian movie director, screenwriter and film editor Jean-Marc Vallée and will be released in theatres on April the 8th. 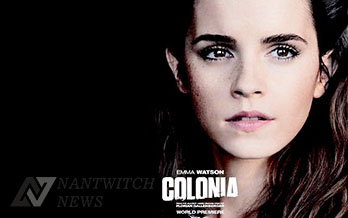 Produced by Benjamin Herrmann and directed by Florian Gallenberger, Colonia is a thriller that follows the story of Lena who tries to rescue her husband Daniel from the Chilean sealed-off village of Colonia Dignidad which was used by Pinochet’s secret police DINA to keep their prisoners. The film stars Emma Watson, Daniel Brühl and Michael Nyqvist.

This movie is one of April’s most expected titles. It is the prequel/sequel of the 2012, Snow and the Huntsman and is being produced by Joe Roth and directed by Cedric Nicolas-Troyan. The main roles are being played by: 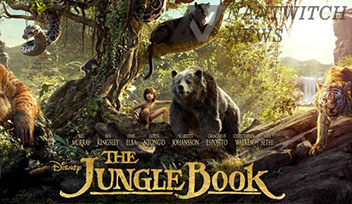 The Jungle Book is directed by Jon Favreau and written by Justing Marks, and is an American fantasy adventure film that is based on Rudyard Kipling’s eponymous book series. It is live-action/CGI film which stars Neel Sethi and Ritesh Rajan in the roles of Mowgli and his father. The animals from the story are voiced by a plethora of top actors and actresses such as Bill Murray (Baloo), Idris Elba (Shere Khan), Ben Kingsley (Bagheera), Christopher Walken (King Louie), Lupita Nyong`o (Raksha), Scarlett Johanson (Kaa), Giancarlo Esposito (Akela) and many more. The movie will be released on the 8th of April and is expected to be one of the highest grossing films of 2016.

Next Post: Footballers that may impact the English team during Euro 2016