There are numerous types of vehicles that are used to haul items from one place to another. However not all pickup trucks and vans are the same in terms of payload and driving characteristics, so we decided to present some of the finest hauling vehicles on the market.

The Mitsubishi Triton is also known as the Mitsubishi L200 and according to numerous automotive experts is one of the best pickup trucks to ever be produced. The manufacturing of the vehicle commenced during the late-1970s and today Mitsubishi is selling the fifth generation of the truck. The vehicle can be found in a two and four door variation and can be fitted with three different types of gearboxes and six different engines. The L200 has a maximum payload capacity of over one tonne which is quite impressive for a pickup truck.

The Caddy is classified as a leisure activity vehicle and has been in production since 1980. It can be found in three different body styles: van, coupé utility and van panel. The vehicle is so popular that it is used for all types of purposes from commercial deliveries to public transportation services to family automobile. The current version of the car is its third generation and is assembled in either Kaluga, Russia or Poznań, Poland. The Volkswagen Caddy is being manufactured with ten different types of engine the smallest of which is a 1.4L 16V while the largest is 2.0 TDI. The automobile has been the subject of a facelift one two separate occasions, 2010 and 2015, and has payload that ranges from 680 kilograms to 810 kilograms in dependence of the vehicles variation.

Manufactured since 1978, the Iveco Daily is arguably the favorite vehicle of all London man and van contractors as it has a mammoth payload capacity of over four tonnes. This permits movers to easily haul large quantities of items from one place to another in one single trip which ultimate facilitates their job and makes their client happy as their relocation projects can done more quickly and long before their deadlines. Iveco Is presently producing the sixth generation of its top light commercial vehicle. The Daily is currently sold with either a 2.3 JTD or a 3.0 JTD and CNG engine. It has a six-speed manual or automatic gearbox and can be found with a ZF 8HP 8-speedaumatic gearbox as well.

The Ranger is perhaps the most famous and well-known pickup truck in the world. Ford has been producing the vehicle for the North American market since the early 1980s and for the international market since 1998. The latest variation of the Ranger, the T6 was been in producing since 2011 and is one of the bestselling vehicles not only in North America but the world. It can be found with the following body styles:

The Ford Ranger can be fitted with three different types of engines and gearboxes and has a maximum payload of 1333 kilogrammes. 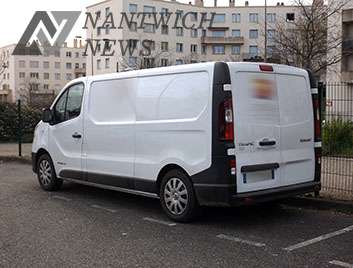 The Renault Trafic was been on the automotive market since 1981 and is also marketed as Nissan Primastar and Opel or Vauxhall Vivaro in different countries. The company is currently manufacturing the third generation of the vehicle. The Trafic is assemble in either Luton, England or Sandouville, France and unlike other light commercial vehicles is being produced in one single body style (four door van) but has three different wheelbases. The vehicle has a maximum payload that ranges from 1.2 tonnes to 2 tonnes in dependence of its wheelbase.