Britain has always set the standards when it comes to popular (and yet to become popular) music. We have compiled a list of young talents from the British isles that are rising to fame right now. Be sure to check it out so you know who will be setting the trends in the music industry in the near future. 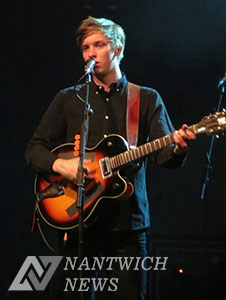 The break for this 23-year old musician arrived in 2013 when he released his single “Did you hear the rain?”, but he truly came under the spotlight after showing the world his hit song “Budapest“. This Hertfort-born musical prodigy writes and plays folk-pop songs.

Like many other aspiring stars she auditioned in the “X Factor“ and managed to reach sixth place. While she did not claim first prize, she managed to win the hearts and minds of countless fans afterwards with the releases of her hit songs “Glow” and “Yours”

Fascinated from an early age by music (from no other than Eric Clapton) this artist, born in 1990 has a truly unique vision and style, especially in comparison with the hordes of imitators with a claim to fame. His most well known song is “Hold back the river“, however this brilliant composer fascinates with all of his masterpieces.

Granted they are the most famous members of our list, this duo from North London came to popularity in 2013, but have since released numerous hits including the likes of “Real“, “Ready for your love” and “All four walls“. Their unique sound creates miracles when they do collabs with other artists like Vaults or MNEK

Young, talented and obnoxiously British this duo from Brighton entered the scene with a bang in 2013. They have since released an album, bearing their namesake as well as chart-topping singles like “Out of the Black” and “Little monster“.